Raw material shortage is an obstacle to the asphalt derivatives industry 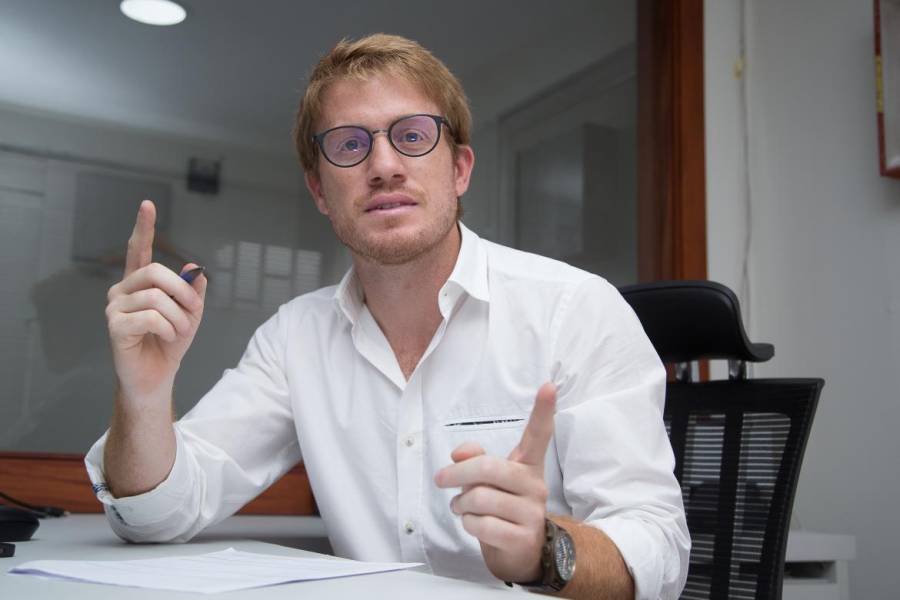 The manager recognizes that there is an effort on the part of Sonangol for the refinery to be able to meet national needs. Still, the interruptions persist throughout the year, causing damage to the entire industry and, consequently, to all projects of construction and rehabilitation of national roads.

“There is a joint need to improve the quality of the products (raw material), as well as the works. It can only be achieved through technical collaboration between the refinery, contractors and project owners”, he stressed.

In his view, Sonangol plays a crucial role in this type of industry work, contributing to a competitive price per kilometre of road in Angola. “This can only be achieved if Sonangol supplies domestic production in quantity and continuity, preventing companies with a monopoly from resorting to imports of asphalt bitumen. Angola must end the importation of bitumen”, he warned.

According to the manager, the exchange rate situation does not proportionally affect the industry’s goal, as long as the raw material needs are guaranteed at the national level. In this process, Sonangol’s importance is emphasized.

According to its manager, Soida is the Angolan market leader in producing and selling asphalt derivatives, such as emulsions and cut-backs. Also, cold bituminous mixes, such as agglomerate and slurry seal for the constructing road and airport pavements, in public works and industrial waterproofing.

Soida is also present in the marketing of pure and modified bitumen, resulting from a conscious growth plan outlined at the time of its establishment.

The manager states that, in 2020, it was necessary to resort to the consumption of 2 thousand tons of imported bitumen, leading to an enormous financial effort through equity capital. “This import was mandatory to honour contracts entered into with customers”, he justified.

The Manufacturing Unit had an investment of about four million USD, with 2.5 million USD entirely dedicated to the equipment.

Currently, the industry has more than 120 thousand tons of bitumen and derivatives produced and sold on the Angolan market, which translates into a turnover of around 2,250 million Kz.

For Rui Silva, there is greater control by the State. However, he believes that much work still has to be done with the various companies that continue to coexist in the market without complying with their tax obligations.

PRODESI’s laws, he said, have their virtues and will “certainly be a strategy for the medium and long term”.

The person in charge also spoke of the company’s expansion plan, which includes opening another manufacturing unit during 2021, preferably in Benguela, to cover an essential part of the national territory. “There is a huge disadvantage compared to the competition when it is necessary to supply works in the southernmost areas of the country”, he says.

On the market since 2018, Rui Silva assesses the asphalt derivatives sector with a reduction of more than 50% in terms of consumption volume over the last 10 years.

“This is undoubtedly very negative for the quality of the work. A part that should be dedicated to construction is not being consumed, i.e., conventional paving techniques are not being used. On the other hand, pavement conservation and maintenance activity is practically nil, which must be done using the materials we produce”, he stated.

He makes an appeal to the legal bodies that the tracks’ communication process goes through two phases. The first is better planning to ensure that the communication routes of the primary and secondary network are always in minimal condition and paved as required adequately.

You can find out more about which cookies we are using or switch them off in settings.

This website uses cookies so that we can provide you with the best user experience possible. Cookie information is stored in your browser and performs functions such as recognising you when you return to our website and helping our team to understand which sections of the website you find most interesting and useful.

Strictly Necessary Cookie should be enabled at all times so that we can save your preferences for cookie settings.

If you disable this cookie, we will not be able to save your preferences. This means that every time you visit this website you will need to enable or disable cookies again.

This website uses Google Analytics to collect anonymous information such as the number of visitors to the site, and the most popular pages.

Please enable Strictly Necessary Cookies first so that we can save your preferences!